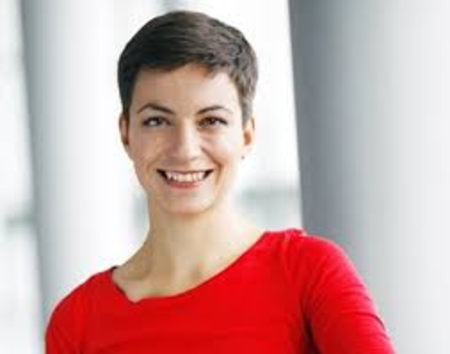 The Greens/EFA group have been running a fair transition campaign since the end of last year. The end of coal is a reality, mainly for economic reasons. Investing in this type of energy source does simply not make any sense anymore. The phasing out of coal is therefore already happening. For the Green political group, what is now fundamental is to ensure that the miners - the most concerned of all groups - are placed at the core of the transition. We are now questioning the Greens/EFA co-President on how a future beyond coal in Europe is possible, how we can get there and how we can make sure that the miners are consulted, but also empowered as much as possible.

The Vision Scenario for the European Union (2017)

The Green/EFA group is the first political family in the European Parliament to have a concrete, scientifically-based and transparent roadmap to ensure the EU respects its commitments under the Paris Agreement to reduce its carbon emissions, and limit global warming to well below 2 degrees. This roadmap - based on the carbon budget approach - is an important tool to negotiate the EU's energy and climate bills for 2030 but also to have a clear vision of how our economy and world look like by 2050, if we are to limit the most serious effects of climate change.

The Greens / European Free Alliance Group of the European Parliament contracted Wuppertal Institut für Klima Umwelt Energie together with Energiaklub to develop scientifically sound, comprehensive, alternative, and sustainable long term energy scenarios for Hungary with a time horizon of 2030 and 2050.

This briefing provides a set of words, phrases, narratives and short paragraphs that can be used to put a convincing and engaging case that “100% renewables” and “zero carbon” are feasible in Europe by 2050. The language is designed to appeal to Greens but also reach across the political centre ground, including social democrats, centrists and the centre right. People with these political perspectives may be convinced climate change is a threat, but still doubt the economy could be run without fossil fuels and nuclear.

On Friday 22 April the climate treaty of Paris is to be signed in New York city. While some big players such as China and the US have already confirmed that they will ratify the Paris agreement in the coming months, the EU is still dragging its feet... 6 months after the COP21, the Greens in the European Parliament have produced this briefing paper to present the 5 most important points to make the Paris Agreement a reality.

We thank the following organizations for supporting Stop Climate Change: